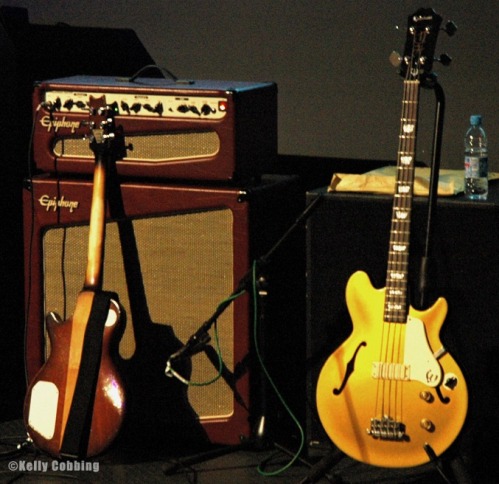 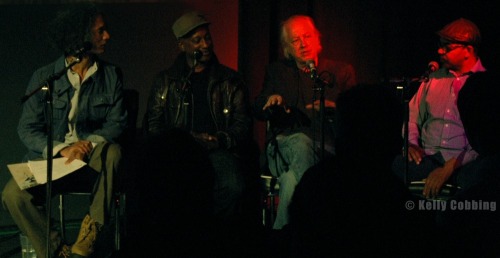 So, our Lively Up! Festival got off to a great start with a pre-launch talk on 20 September at the British Music Experience at the O2, London as part of the Seminal Albums series.

Our eminent panellists – Kevin Le Gendre, Tony Platt, Gary Crosby and Brinsley Forde – offered new and interesting insights into Bob Marley and The Wailers’ Catch A Fire  and gave a glimpse of some of the music to come with an open rehearsal of the vocals section directed by Kevin Robinson.

Horror struck Gary for a minute when he opened the case of his beloved upright bass only to find the fingerboard had been damaged so he had to borrow a bass guitar from the BME! So check out this very rare photo indeed – Gary Crosby playing a bass guitar! Looks cool, huh, but still a bit weird without his upright bass! Thank goodness the upright was back in time for the first show in Nottingham! (Photos of the talk courtesy of Kelly Cobbing)

Here’s a nice post about the event by our friend, Paul Bradshaw (Ancient To Future – Beyond Chaser).